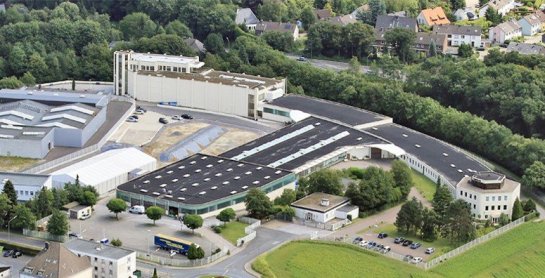 In 1978, two engineers, with a vision of a cleaning system unlike anything ever produced, founded SEBO in Velbert, Germany. Since then, SEBO has become the manufacturer of the finest quality commercial-grade vacuum cleaners in the world. We've sold more than four million units to markets in Europe, Asia, Africa and North America, with cumulative sales exceeding one billion dollars. We also manufacture private-label machines for some of the top distributors in the world and are the preferred vacuum cleaner of the top hotels, hospitals, universities and government institutions worldwide . . . even The White House and Buckingham Palace! And now, our state-of-the-art cleaning technologies are available for use in your home.

SEBO vacuums have received awards and recognition from Better Homes and Gardens, Consumer's Digest, TIME, Real Simple, Wired Test and other magazines. Our future-forward, technological breakthroughs in the science of cleaning are without precedent in our industry.

SEBO's first shipment to the U.S.A. was in 1979 for commercial cleaning customers, followed by its duo-P Cleaning Powder in 1984, and its household vacuums were launched in 1997.
SEBO was the WORLD'S FIRST Vacuum Manufacturer to Introduce: 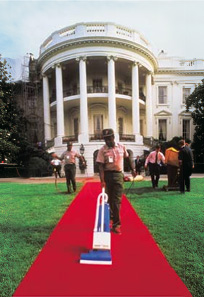 SEBO's past accomplishments point to quality products and a dedication to serving customers well. Try a SEBO vacuum in your own home, and compare it to your current machine. You will see the difference a SEBO vacuum makes in cleaning performance and overall ease of use!